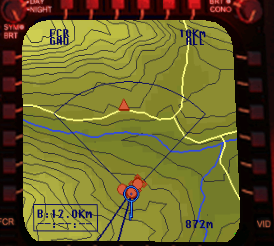 Displaying an underlay (map) and an overlay (TSD) at the same time.

The Apache's tactical situation display (TSD) (an MFD page) is very powerful for both navigation and targeting. The TSD can display an overlay and underlay at the same time! Priority fire zones (PFZs) makes the TSD even more powerful.

Note: There's an ambiguousness in the word TSD. Which can refer to the TSD MFD and the TSD overlay.

The TSD can cycle through 3 overlays and 3 underlays. 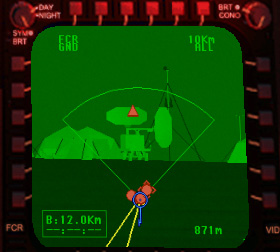